Somehow I grew up in Maine without knowing about the Acadia Carriage Trails. I love biking so this was 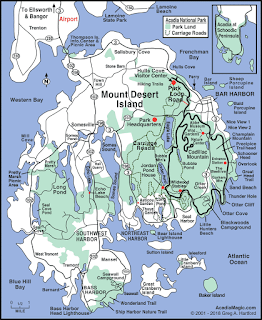 an oversight of some significance! My husband mentioned them to me on our way home from a visit Downeast. I looked into it and it turns out they are a well-known hiking and especially biking destination. They are on the National Register if Historic Places, having been built by John Rockefeller in conjunction with the National Park Service, in the early to mid 20th century. 57 miles of packed crushed gravel roads wind between the ponds and mountains.

Acadia is not a compact park. It consists of several separate areas, and even the main area is an irregular lobed shape that winds in and out of the settled areas of Mount Desert Island. The town of Otter Creek is completely surrounded by parkland, for example. We entered the park at the Hull Cove Visitors Center.

We took the Witch Hole Pond Loop, and the Eagle Lake Loop on purpose...and the Paradise Hill Loop by accident. I don't know which of the ponds was Witch Hole! But they were all beautiful. 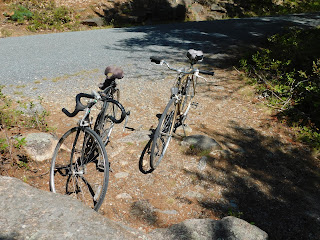 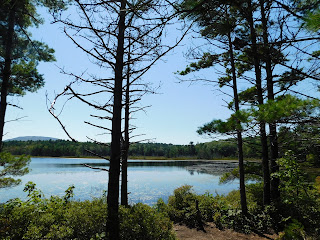 My bike (on the left) is at least 25 years old. I bought it used in 1994 for $200 - it seemed like an extravagant amount at the time but has earned its cost many times over. Doug's bike is also secondhand. One of the reasons I love biking is, you don't need fancy gear or special shoes or dedicated clothes. Any bike, any shoes, (almost) any clothes, and you are in business. 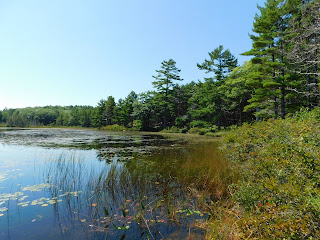 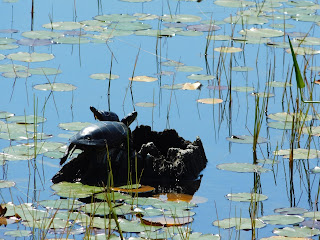 We saw these two turtles basking together. They are Painted Turtles - the larger on about as big as those get, in Maine, the small one the smallest I've ever seen in the wild. 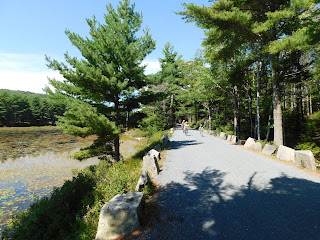 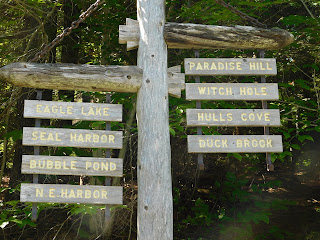 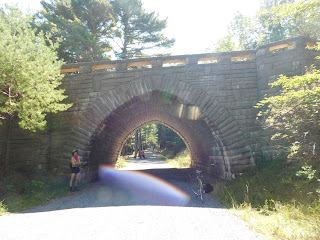 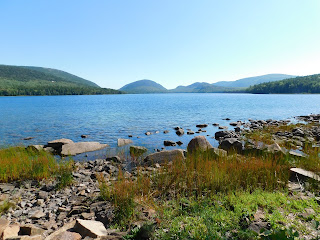 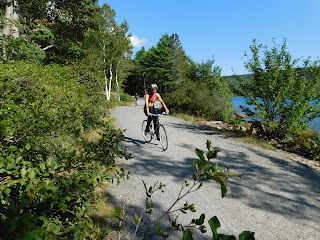 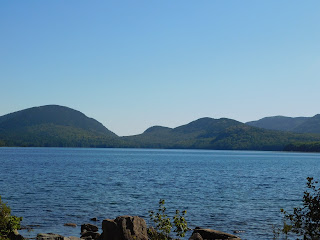 When we found ourselves at the Duck Brook Bridge we declared ourselves officially lost. This was a little alarming - you can get pretty lost in 57 miles of road, and it was getting late in the day. Luckily there was a map kiosk at the bridge, that showed us where we went wrong.
There's still so much of Acadia to see! Next time I will print a map, though. :)
Posted by Lori Watts at 2:38 PM