A Walk in the Maine Woods

Now that spring is here - well, sort of - it’s a great time to go plant-spotting. There are well over 200 plant species on Maine’s rare, threatened and endangered list. Who knew, right? Some are so rare that there are estimated to be fewer than 5 individual plants in the entire state! Others are well-established in Maine but threatened globally. On your next outing, see if you can spot these plants from the list: 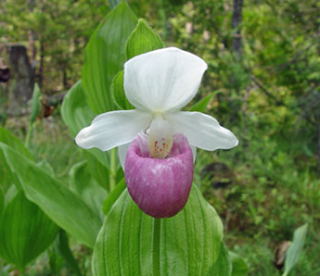 Showy Lady’s Slipper
Rarer than either the pink or yellow varieties, there are estimated to be between 20 and 100 Showy Lady’s slippers in Maine. 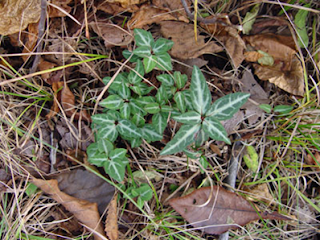 Spotted WintergreenSpotted Wintergreen grows in only 13 locations in the entire state, with fewer than 20 individual plants. Its southern Maine habitat has been reduced by de-velopment. In June white blooms on short stalks make it easier to spot. 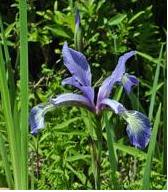 Slender Blue Flag Iris
Slender Blue Flag likes both salt and freshwater marshes, and costal meadows. Though threatened in Maine - fewer than 20 plants are known to grow here - the population of Slender Blue Flag is believed to be globally secure.
Posted by Lori Watts at 8:59 AM 1 comment: