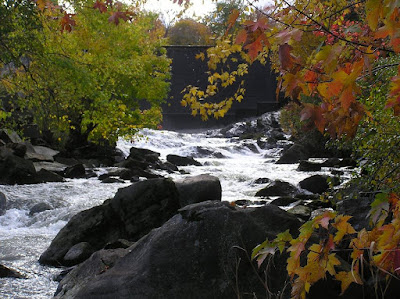 One of the charms of the city of Gardiner is the fast-flowing Cobboseecontee, which runs right through the center of town.
Posted by Lori Watts at 10:52 AM No comments: 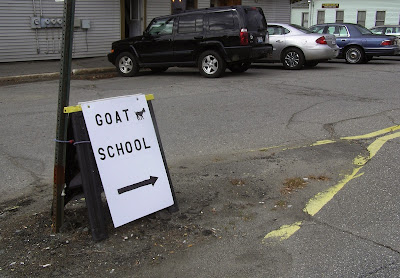 So many questions.
Posted by Lori Watts at 3:36 PM No comments:

Email ThisBlogThis!Share to TwitterShare to FacebookShare to Pinterest
Labels: Critters, Odd News, Things I Found While Walking Around 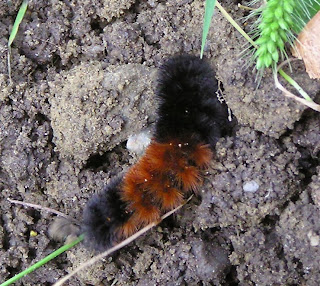 Woolie Bears are the Magic 8-ball of caterpillars. According to folk wisdom, one can predict the coming winter by observing the relative width of the brown band in the woolie bear's middle. When the caterpillars display wider brown bands, the coming season is predicted to be milder. Narrower brown middles conversly predict a harsh winter.

So, what does woolie have to say for himself? Is his middle wide or narrow? He (ze?) has four-ish brown body segments out of thirteen. (No, I can't see thirteen, but that's supposedly how many they have.) According to the (recreational and pretty much unscientific) research by Dr. C. H. Curran, the average is between 5.3 and 5.6 brown segments. So that can't be good.

Last year's woolie bears were pretty short-centered, also, and last year's winter? Was a bitch. In fact I've seen very few woolie bears this year, perhaps as a consequence. The same dynamic that blessed us with very few Japanese beetles to destroy our roses and raspberries has taken most of our woolie bears with the other hand.

As it happens, the caterpillars and the almanac are in agreement, as they were last year: Harsh winter. Our fuzzy little prognosticator says: Outlook not so good.
Posted by Lori Watts at 7:40 AM No comments: