Born on the Kennebec 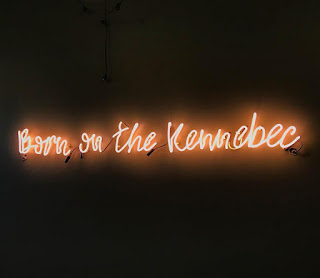 I'd love to tell you that we checked it out, and the beers on offer were amazing, as was the wood-fired pizza; and maybe they are! But I wouldn't know because though we tried to check it out - the beer anyway - last night, we were unable to find a seat. Or rather, we were unable to find an appropriate seat: if you were there for beer, you could sit here but not there, or you could stand, unless of course you were also getting pizza, in which case you could sit there or there. It seemed complicated.  I was hoping for more of a Three Dollar Dewey's experience: sit where you want, order what you want, food or drink. Cushnoc shares with Dewey's the long communal tables that patrons share with strangers as well as their party so I imagined a similar casualness.

No matter! I was glad to see they got a rousing turnout for their fist Saturday night. The pizza smelled amazing, and though I don't often have money to go out to eat, I can sometimes scratch up enough for a couple of beers. Looking forward to visiting on a less crowded evening. Here are some photos I grabbed from their Facebook page: 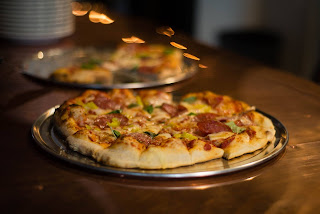 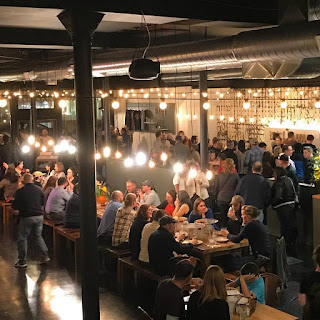 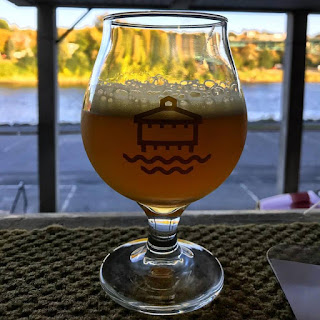 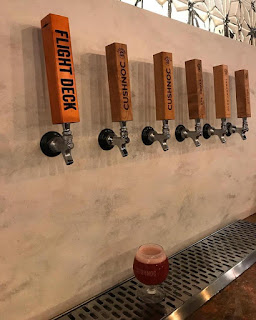 BTW, we ended up at the Black & Tan instead last night, a smaller pub with an Irish bent. As they do most weekends, they had live music last night. The bartender was wearing a kilt! Possibly for some seasonal reason - it was the Halloween pub crawl last night - but since I cherish in my heart a hope that kilts will one day again come into fashion for men, I chose to believe otherwise. The B &T is another relatively new addition to the previously-almost-non-existent Augusta nightlife, which now includes not just the aforementioned eateries (drinkeries? Is that a word?) but also Circa 1885, a wine bar (most unfashionably, I hate wine, but still), and Otto's on the River, a high end restaurant. The Riverfront Barbeque and Grill is still on Water Street, as well.

I'm excited to see all these new establishments downtown. I feel like downtown Augusta is on the cusp of becoming what I always thought it could: it has the architecture, it has the river, it has a potential client with decent jobs nearby. It just needed a critical mass of happenings to draw people in.

Anyway! Welcome to Augusta, Cushnoc Brewing! Now we need some good shopping. Like, City Drawers? Or something akin to the old Kennebec River Artisans? Maybe Kennebec Chocolates could be persuaded to move a half mile for better walk in traffic.

While I am waiting for all that to happen, I am delighted to have more places to drink good beer.
Posted by Lori Watts at 12:34 PM No comments: