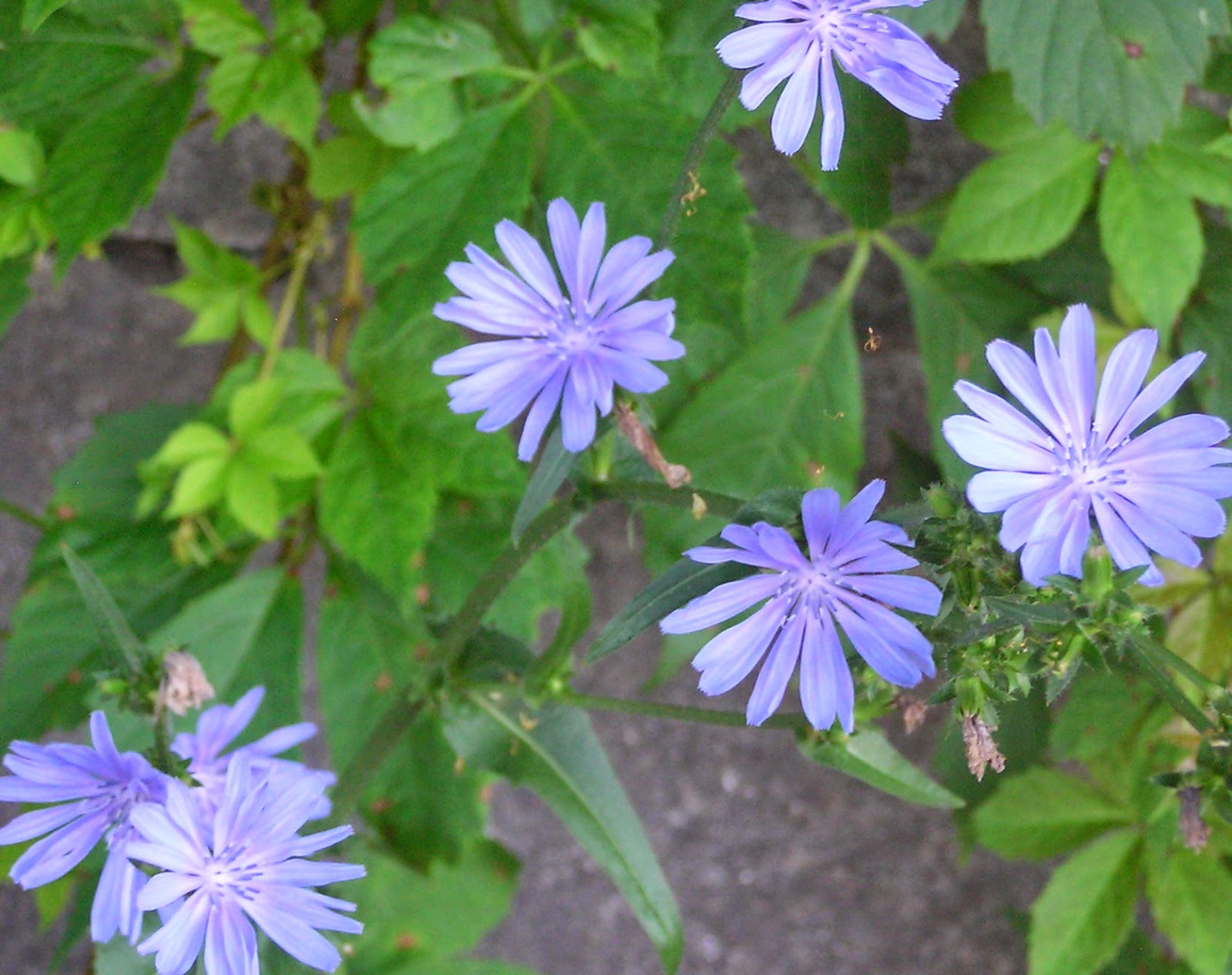 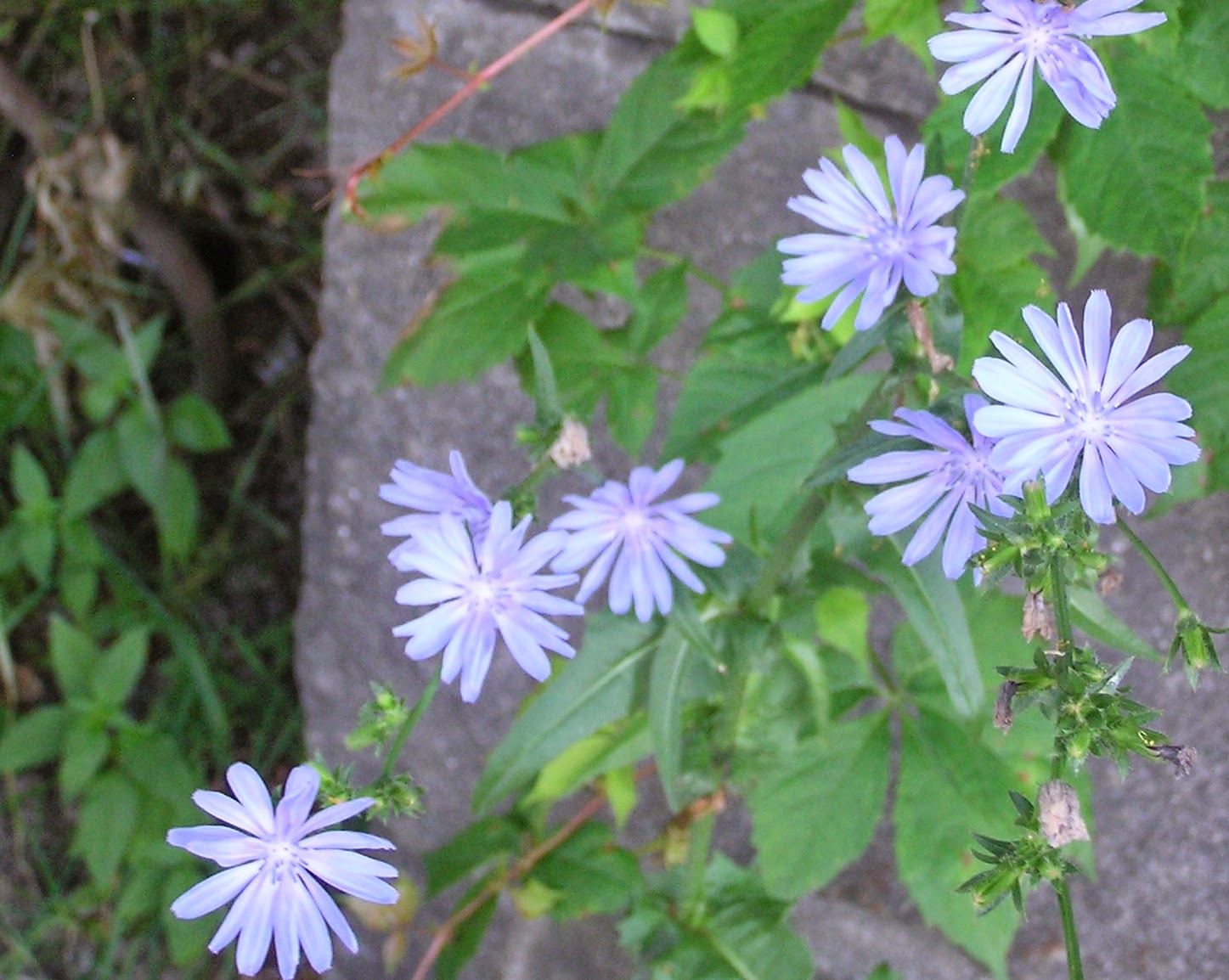 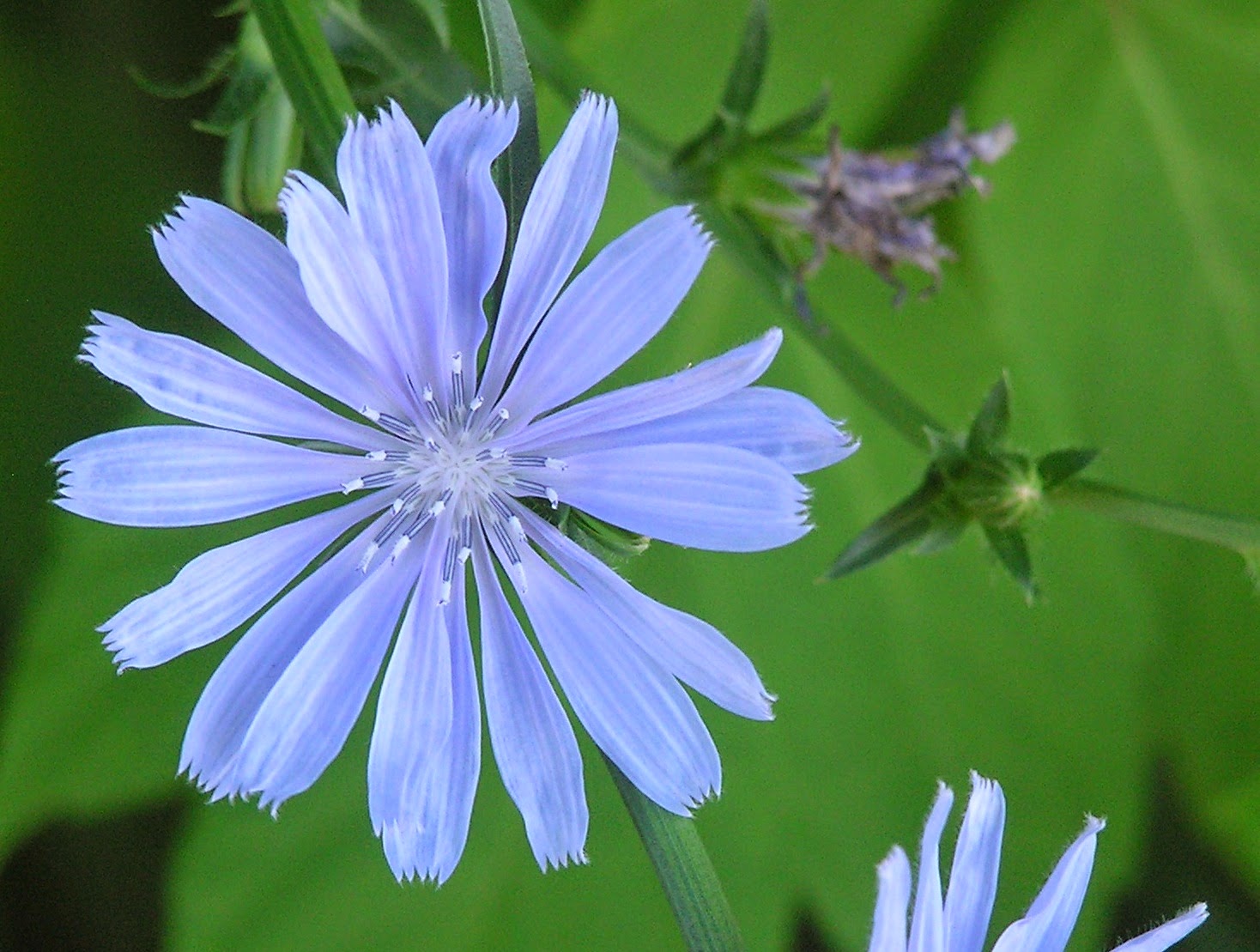 In the untended places, chicory is blooming in Maine.

I name it a weed, but of course a weed is only a plant out of its proper place. (Grass, for example, is the most noxious weed in my perennial bed.) Chicory has been cultivated since antiquity for medicinal uses: it was said to be a "friend of the liver" by the Romans and later used to treat insomnia, eye inflammations, and "passions of the heart." A brew of mashed chicory and honey was used topically (and rather optimistically) to make breast round and firm.

Stuff like that always make me wonder: surely someone would have noticed when their breasts sagged no less as a result of smearing on some poultice. And then I think, "Oh, right, confirmation bias:" the same thing that accounts for continued belief in horoscopes and hauntings. (That, and it's more fun than rational thought...)

Chicory is also likely the Luck-Flower of German mythology, which allowed the bearer to cause mountains to open, in which there were always gold and treasures. The hapless fools in the tales always seem to forget or lose their luck-flower on the way out, but that's not chicory's fault. The plant was also believed to confer on the bearer invisibility, if a number of specific conditions were observed during its cutting.

If your liver needs a friend, or you heart contains passions that need healing, try Chicory leaves boiled for five minutes (to remove bitterness), and then sautéed like spinach, with chopped garlic.